A few weeks ago the first of eight new tanker aircrafts were delivered to the NATO. Five of them will be based at Eindhoven Airport. Since the delivery a few weeks ago they have done a lot of training with the new aircraft. Especially touch and go’s were practised at the airbase. Here are some pictures af a late evening run with the brand new A330MRTT.

These eight aircrafts are bought with a total of six country’s. The Netherlands is one of them in the Multinational MRTT Unit. The other three aircraft will be based on Koln-Bonn Airport. The T-055 is the first one to be stationated at Eindhoven Airport and soon will be the delivery of the second A330MRTT which is ready for delivery. 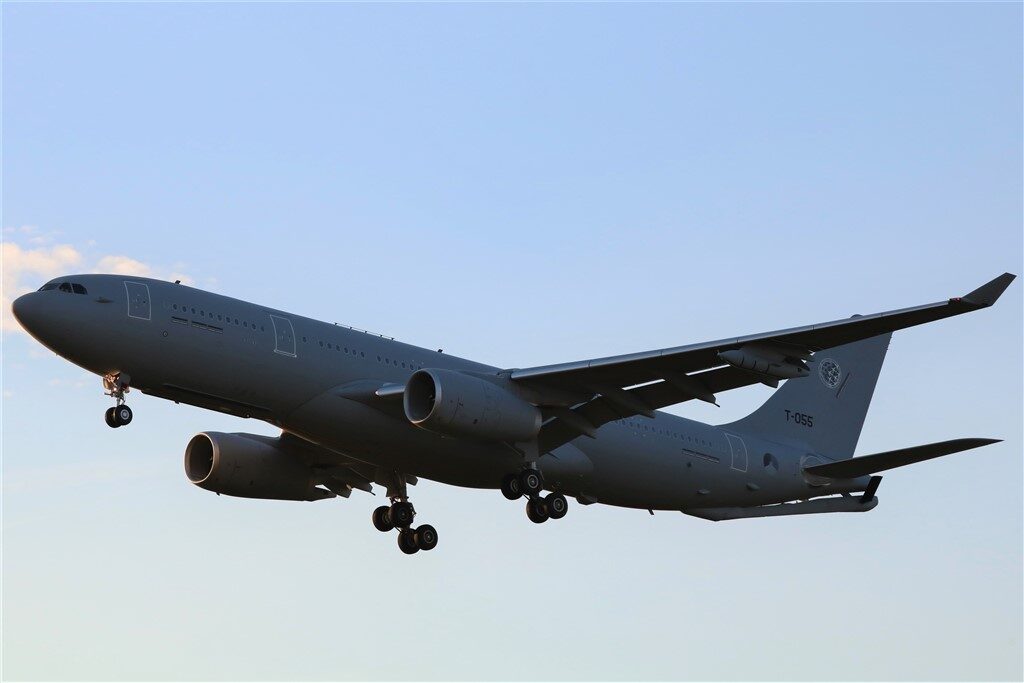